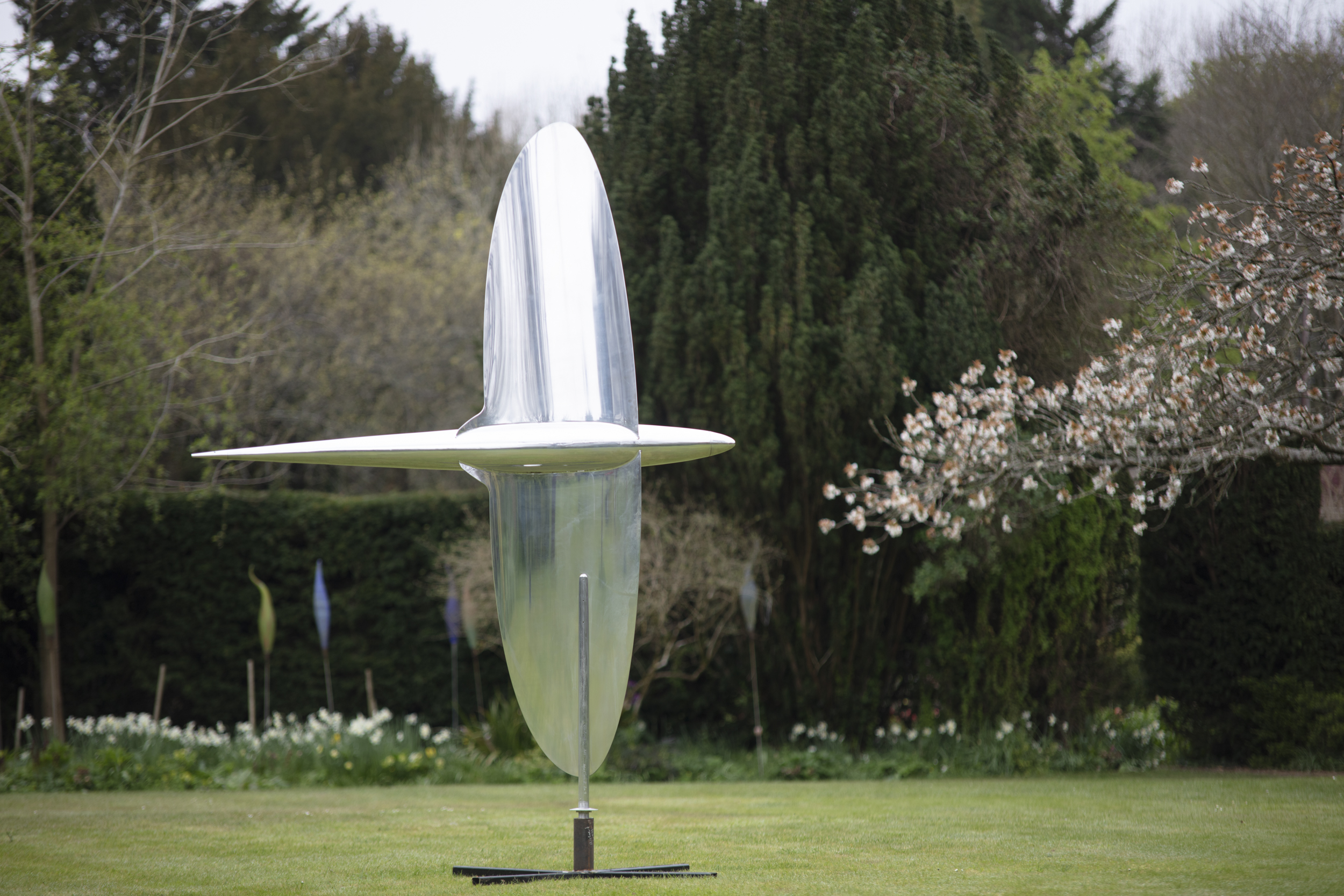 Richard Cresswell’s inspiration remains the same; nature and beautiful curves, shapes and movement you find everywhere as you look at this world we inhabit, but he has had to come up with some new ways of working as his body keeps reminding him he is older than he used to be.

Richard has been developing new pieces, which are still large in scale but made up of small elements, which singly are light and easier to manipulate.