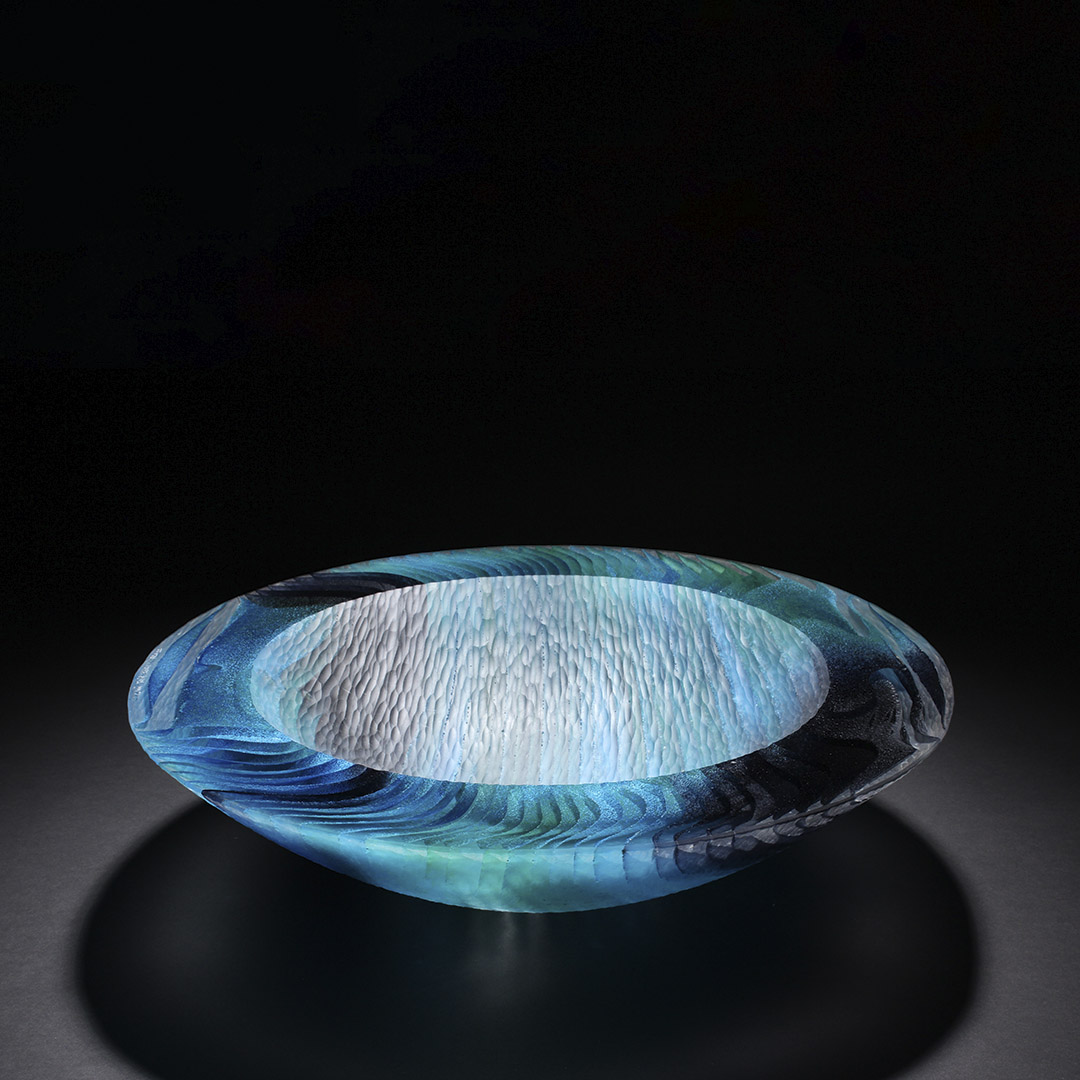 After graduating from Stourbridge College of Art in 1981 with a First in 3D Design, Glass, Colin Reid set up a studio for kilncast glass and has worked as an exhibiting artist ever since. He is regarded as a pioneer in the field, exhibits internationally and has work in 64 museum collections worldwide.

Notable commissions include ‘Cipher Stone’, commissioned for GCHQ and at over 500kg one of the largest artworks to have been cast in optical glass in the UK; ‘Ichthys’, a cast crystal font which can be seen in the Victoria and Albert Museum, London, and the magnificent Musa Cavendishii table commissioned by the Devonshire Collection for Chatsworth House.

Over the years, many new graduates have done apprenticeships in Colin’s studio, many going on to become among the best-known names in contemporary British glass.

Colin won the prestigious 2014 Coburg Glass Prize Alexander Tutsek Award for his piece ‘Ring of Fire’ and is twice winner of the Glass Sellers Prize at the British Glass Biennale. He is a Member of the Royal Society of British Sculptors and an Honorary Member of the Contemporary Glass Society.