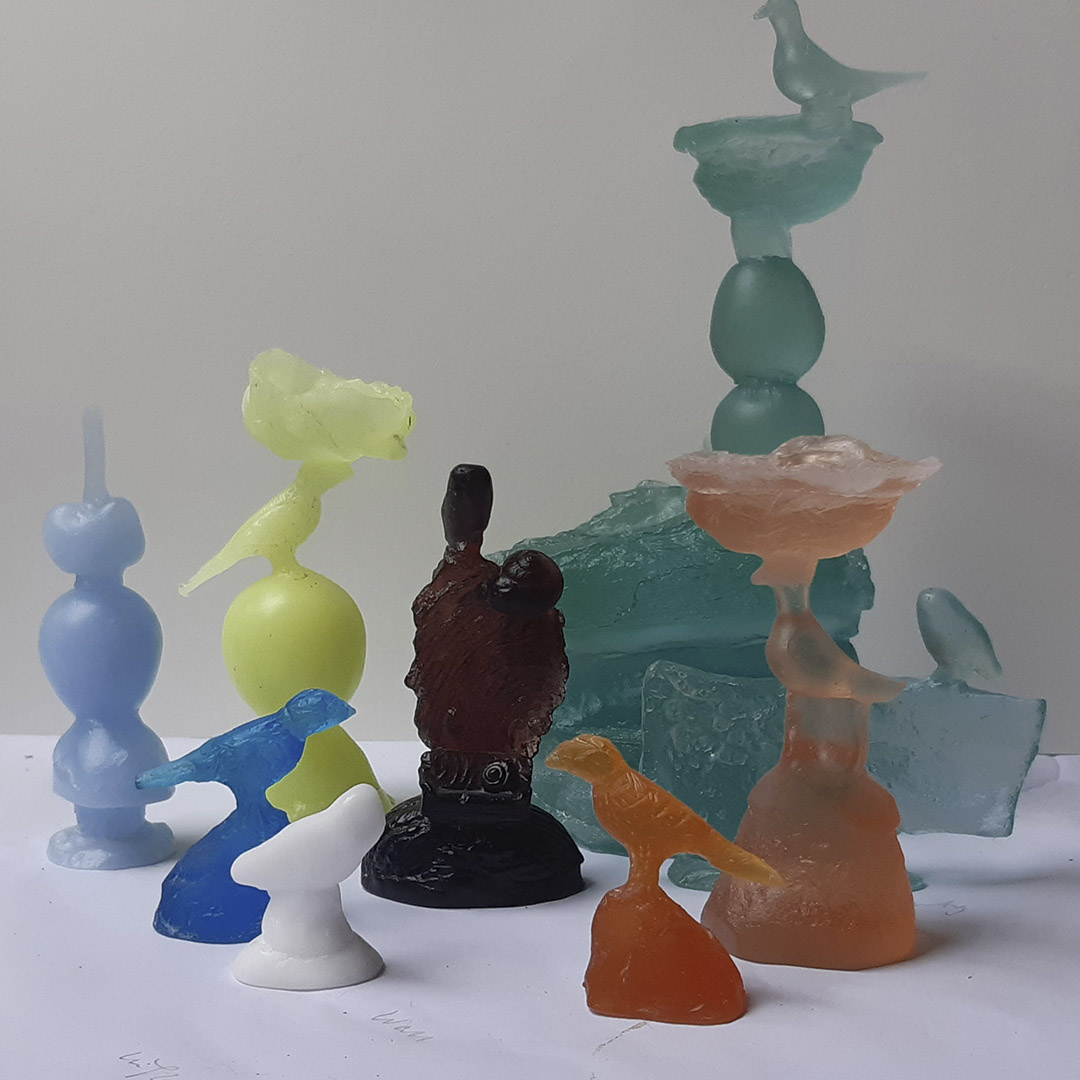 Angela Thwaites is an artist based in South London, UK. Her practice explores glass as an expressive sculptural medium with a career spanning nearly four decades.

Angela’s first degree (1982) was at West Surrey College of Art and Design (now UCA) and she was awarded British Council Scholarships to study MA (1983-85) at the Academy of Applied Art in the studio of Professor Stansilav Libensky in Prague. In 2014 Angela was awarded an Arts and Humanities Research Council Scholarship to do a PhD exploring digital/physical combinations for cast glass at University of Sunderland, graduating in 2018.

Angela is also well known as an educator and for publishing ‘Mixing With The Best’ (Royal College of Art, 2002) and ‘Mould Making for Glass’ (Bloomsbury, 2011).