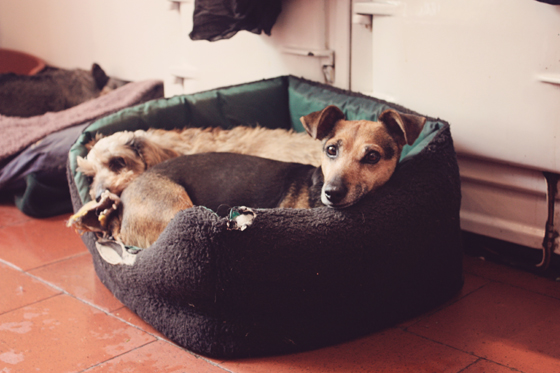 A few days in and we’ve not had the best weather. Arriving this morning the dogs obviously thought we were in for another chilly, grey day as they snuggled up by the AGA ( don’t they look cute!)

However before long the above scene was transformed into the one below … swapping the warm AGA for a sunbathe on the gravel. Heather Jansch’s ‘Sugar Plum’ stands behind looking remarkably life-like at first glance! 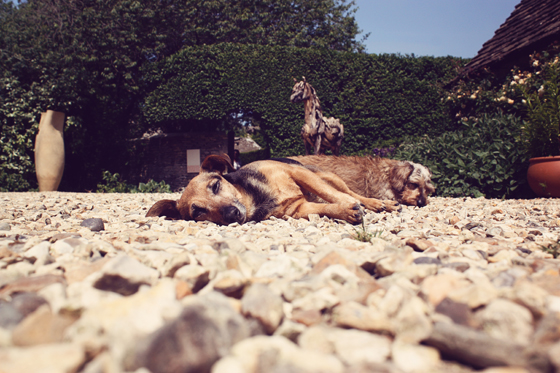 So the sun burst through the haze and I was very glad that I’d opted for shorts rather than jeans.

Giles MacDonald has created two pieces for the sculpture show that feature carved lettering. One, ‘Jurassic’, is Portland limestone and is carved with the letters ‘Jurassic, Triassic, Permian’ … however what’s lovely is that he has stained the carved letters which is quite unusual and quite beautiful. His other piece, ‘Thalassa’, is made of Welsh slate. ‘Thalassa’ means ‘sea’ in Greek and this piece is aptly placed by Lucy Strachan’s astro turf fish. 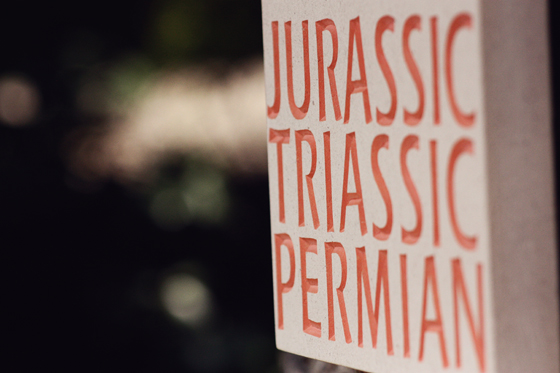 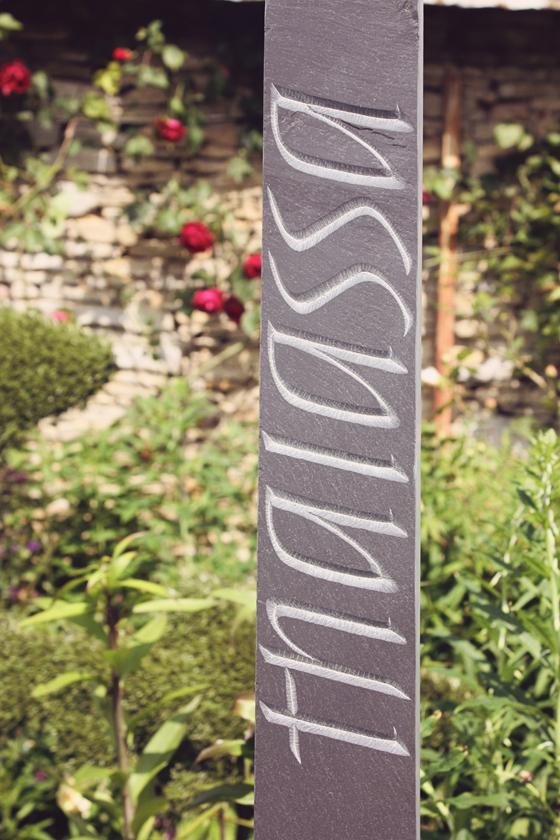 I also thought we should take a moment to appreciate how lovely the numbering system is this year. I love that the numbers are slate carved, and they look nice in their pots of gravel too for the sculptures that aren’t on grass. I was admiring them as I scooted off to collect lettuce from the vegetable garden for lunch (a job I was slightly worried about as I didn’t want to cut up the wrong lettuces and ruin Robert’s lovely vegetable patch). 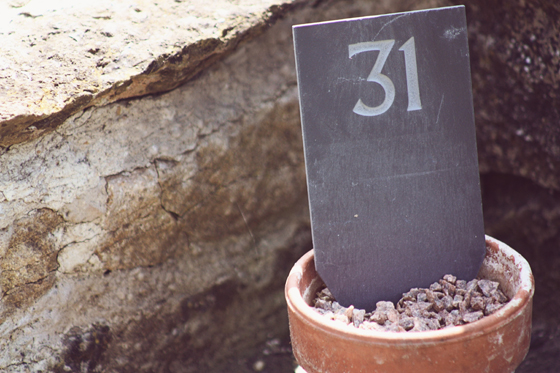 Jo Taylor’s ‘Submergence’ looks great when the sun is shining as it really emphasises the shadows of the pieces and its stark whiteness, as it dips its trailing form into the water and disappears to the bottom of the pool (which looked very inviting today!). 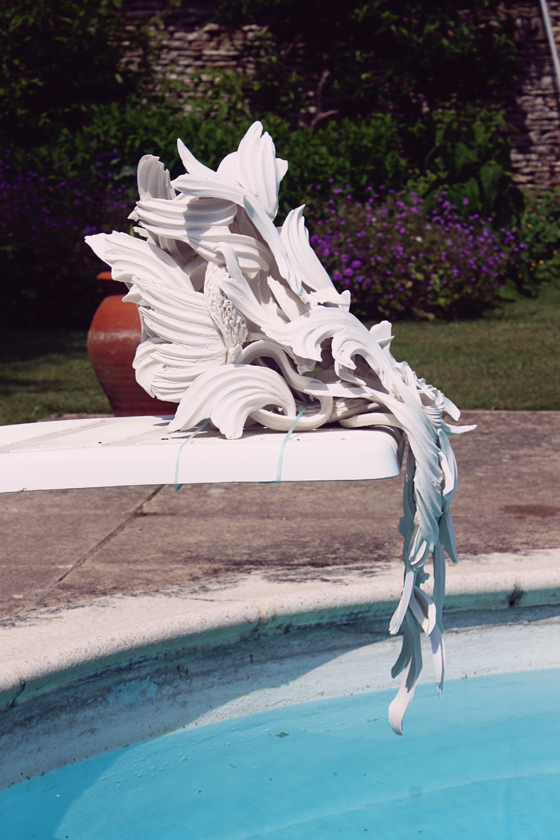 Thought I’d also mention (thanks to David’s reminder) that this Sunday, the 23rd, the garden will be part of the National Gardens Scheme and will of course be open as usual. The NGS is a scheme where money is raised by opening private gardens to the public … as the gardens are already open for Fresh Air the show will be charging £5 entrance, rather than the usual £2.50 to raise money for the charities that NGS support, for instance Macmillan Cancer Support, who name NGS as their biggest single donor. So it’s a great way to enjoy a Sunday afternoon at Fresh Air whilst doing your bit for charity. 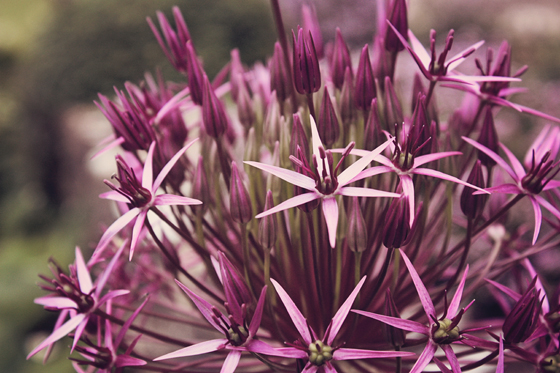 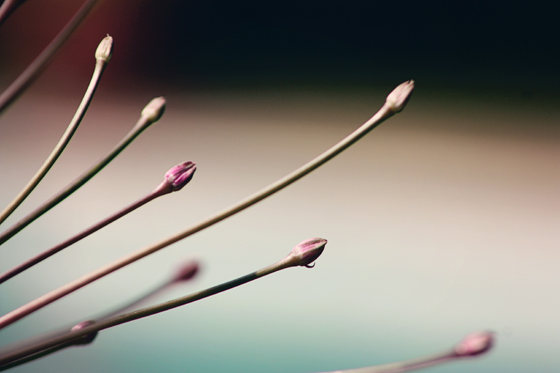 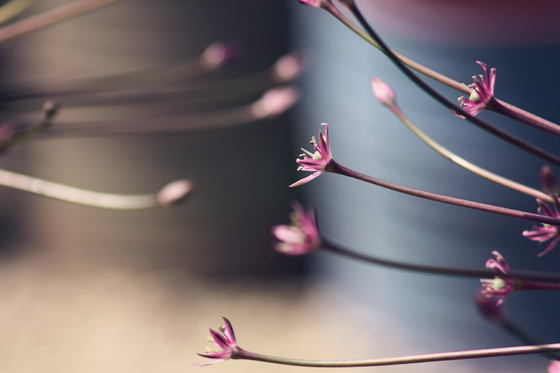 Also thought I must add in a picture of the gorgeous Finn, Ana Bianchi’s dog, who is a frequent visitor to Fresh Air and spends his time wondering round the garden as Puck and Minnie guard their house! 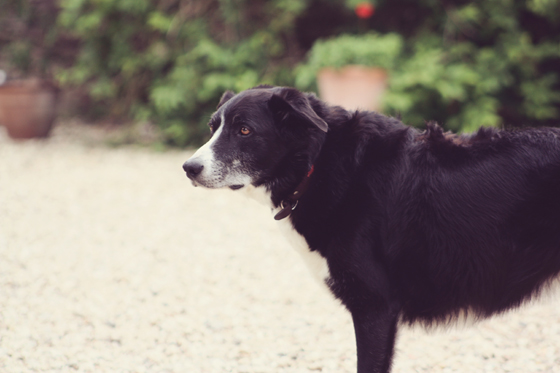 Below is Julie Major’s piece ‘Collar’ … I love how well it looks against the scarlet stone house wall ( a wall much slaved over by Eliza and myself, so please admire our work as well haha!). The pieces at this years show that are white in colour really do stand out, Adam Binder’s ‘Swan’, Jo Taylor’s ‘Submergence’ (above) … their stark whiteness really makes you focus on the form rather than worrying about colour and pattern, which I think is a very useful technique and works well with all the white pieces. 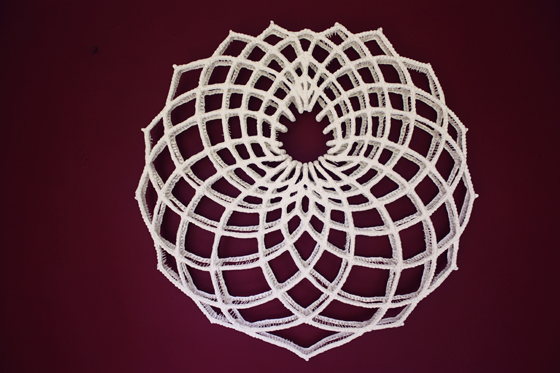 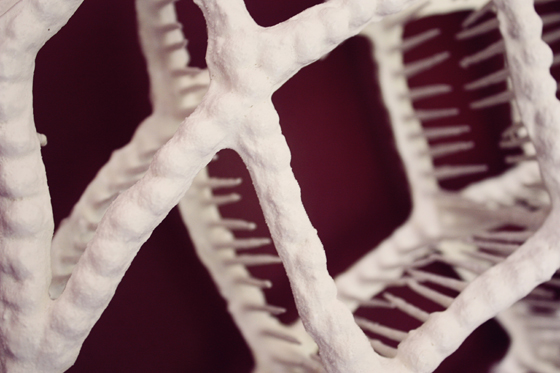 For a bit of quirky fun in the garden we have ‘Chandalure’ by ‘Yarn Over’ – a collective of three Bath School of Art textile graduates: Annabel  Williams, Olivia Straker and Joanna Priest. Knitting together fun pieces like this one. 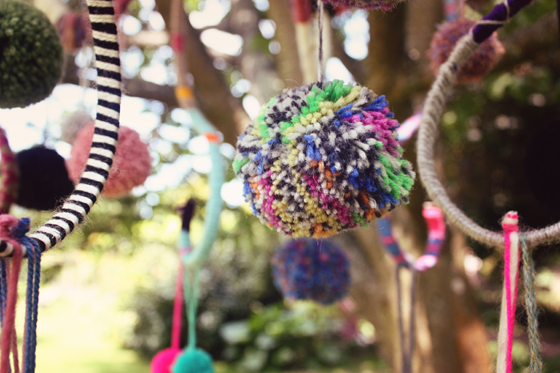 Ruth Moilliet’s ‘Bud’ attracts a lot of attention and I often see people peering over the edges to get a look at the abundance of colour within. 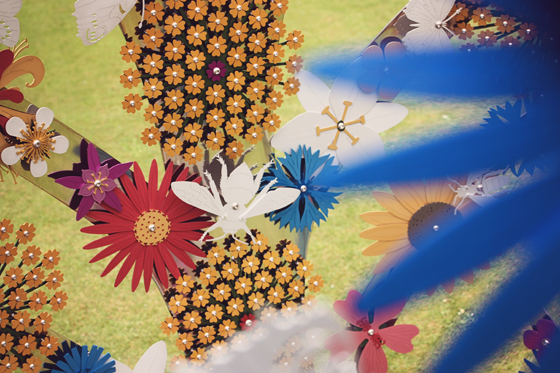 Mike Savage’s ‘Green Open Form’ below, is twinned with his ‘Core’ piece, and I love the coppery colours and the form that obviously comes from naturalistic inspiration. 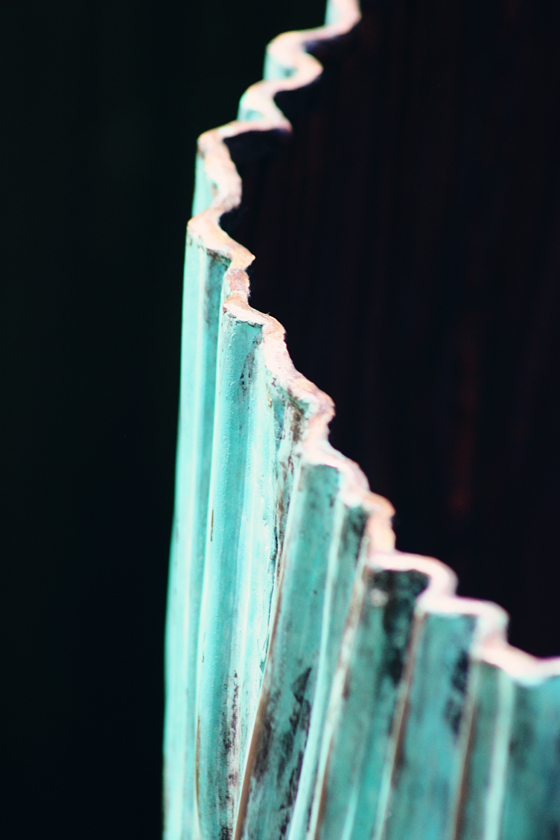 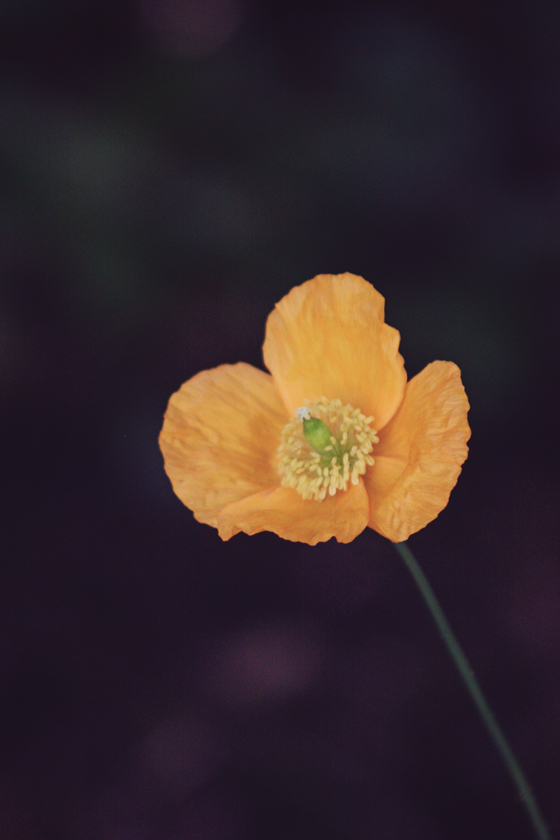 I’ll end with these two flowers that look bizarrely similar and this wasn’t my intention! But seeing them placed here together now they do look very alike. Below is Pete Roger’s Steel Flower for the ECCO tent, so if you have a son or daughter until 18 years of age they can purchase this from the ECCO shop, but be quick as I’m sure it will be whipped up soon! 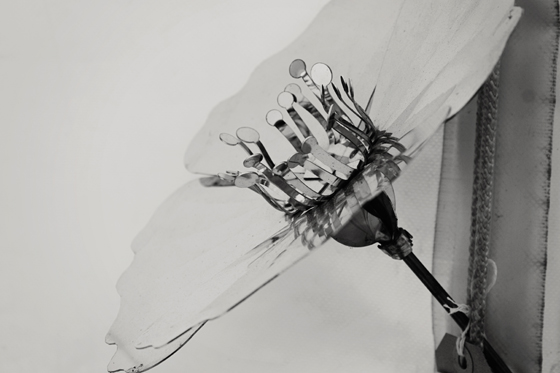